Incredible views of La Jolla after an epic hike

The Gaslamp Quarter at dusk

Exploring the spectacular coastline of La Jolla Cove by kayak

Surfing at Black's Beach, part of the city's 100-plus kilometers of sun-soaked coastline

A sunset game of soccer at Del Mar North Beach

Overlooking the downtown skyline and Petco Park, recognized among the top baseball parks in the USA

With 112 kilometers of beaches, friendly locals and great weather, California’s second largest city is the perfect mix of urban sophistication and laid-back beach culture. Hotels and resorts beckon guests to relax while world-class attractions, diverse outdoor recreation and a sizzling downtown entice visitors to play year-round. The spirit of San Diego embraces fun, creativity and a carefree attitude. If you are looking for a true California beach city where “Happiness is Calling”, San Diego is the place to be.

San Diego offers plentiful sunshine and unforgettable landscapes in its beaches, parks and deserts. One of only two locations in the world where Torrey pine trees grow, Torrey Pines Natural Reserve is full of walking trails in a dramatic cliff-top setting with sweeping views of the Pacific Ocean. In contrast, Anza-Borrego Desert State Park, California’s largest state park, explodes with colorful wildflower blossoms each spring.

Find activities on land and sea at Mission Bay Aquatic Park, which offers everything from sailboat rentals to bike paths. Nearby, visit one of the region’s top attractions, SeaWorld San Diego. For a surf or kayak lesson, head to La Jolla, where water adventures are endless. There’s also Balboa Park, the largest urban cultural park in the USA, and its 17 museums, gardens, theaters and the famous San Diego Zoo. Take a selfie at the iconic California Tower, an historic example of Spanish Colonial Revival architecture.

Visit more than 100 neighborhoods, from Little Italy’s booming culinary scene to the Mediterranean-style enclave of La Jolla. Discover one of the West Coast’s hottest nightlife destinations located in the heart of downtown: The Gaslamp Quarter offers a blend of new and historic buildings spread over 16 walkable blocks featuring restaurants, bars and nightclubs. Home to more than 150 breweries, San Diego is especially known for defining the West Coast-style IPA. Head to “Beer Boulevard” (30th Street) in the North Park neighborhood, “Beer-a-Mar” (Miramar Road) or the “Hops Highway” (Highway 78 Corridor).

The influence of neighboring Mexico is rich here, resulting in a distinct “Cali-Baja” culture found in the architecture, food, art and more. Cali-Baja cuisine combines the creativity and freshness of Californian cooking with Mexico’s Baja-Mediterranean movement. Also influenced by Mexican culture is Barrio Logan, a hidden gem for trend-setting art, authentic local galleries, boutiques, brewpubs and craft coffee. Head beneath the San Diego-Coronado Bridge to explore Chicano Park, established by the Latino community as part of an empowerment effort. The park, now a National Historic Landmark, is recognized as the largest collection of Chicano murals in the world.

San Diego is also the birthplace of California. At Cabrillo National Monument, learn about the 1542 landing of Juan Rodriquez Cabrillo, the first European explorer to set foot on the USA’s West Coast. Walk the Bayside Trail, bike Cabrillo Memorial Drive, tour the Old Point Loma Lighthouse and keep an eye on the tide pools for when low tide reveals sea creatures inhabiting the reef.

Old Town San Diego State Park offers a window into California’s earliest settlements, including Mexican heritage and historical sites, colorful shops, authentic restaurants, museums, a theater. Learn about the city's maritime and military history at the floating USS Midway Museum, the longest-serving U.S. Navy aircraft carrier of the 20th century, and the Maritime Museum of San Diego, which has a replica of the San Salvador, the ship sailed by Juan Rodriquez Cabrillo when he discovered San Diego.

We inspire tourists to visit and work with the travel industry to promote this destination worldwide.
For general inquiries and travel information:
Send email
Phone:
619.557.2866
Web:
https://www.sandiego.org/travel-trade.aspx

San Diego is the birthplace of California and home to the Cabrillo National Monument, a national park commemorating the 1542 landing of Juan Rodriguez Cabrillo, the first European explorer to set foot on the U.S. West Coast.

10 Best Beer Towns in the USA

10 Amazing Places to Go Scuba Diving in the USA

SeaWorld San Diego: Get in Touch with the Ocean in Southern California

Huntington Beach, California: The Art of the Beach Getaway

6 Places to Be Outside in the USA This Winter

Disneyland Resort in California: A World of Enchantment Awaits

Good Vibrations: A Guide to the Beach Boys’ Southern California

Big Bear Lake: Escape to the Mountains in Southern California

20 Outdoor Activities in Los Angeles for Under $20 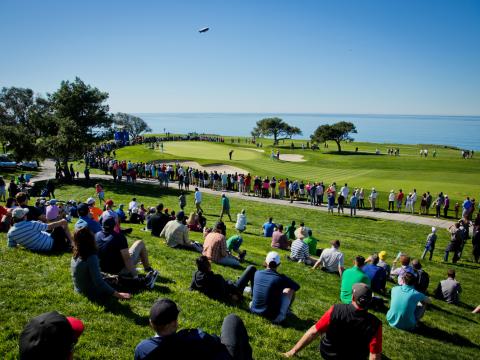