The fountain at DePasquale Square

The skyline during a fall sunset

Walking along the Providence River

Strolling downtown in the summertime

A stately home in historic Providence

Vibrant culture and hot restaurants in a creative capital

This is a quintessential New England town, but don’t let Providence fool you. Home to eight colleges and universities, Providence mixes the accessibility and walk-ability of a smaller city with the culture of a much bigger one. Named one of the “52 Places (in the World) to Go in 2016” by The New York Times, this friendly yet sophisticated city has an impressive culinary scene (the world’s largest cooking school, Johnson & Wales University, makes its home here), as well as eclectic shops, museums, theaters and historic neighborhoods.


Find yourself in Federal Hill, called “One of the Five Best Little Italys in the U.S.” by Chef Mario Batali. More than 100 restaurants, boutiques, galleries and food markets preserve the city’s Italian influence while also showing off its inventive modern spirit. Head to the East Side to encounter the Colonial past; you’ll be greeted by 18th and 19th century homes, cobblestone streets and flickering streetlamps. Tour Brown University’s campus or visit the Rhode Island School of Design’s RISD Museum, home to more than 91,000 works of art. Shop Thayer, Wickenden and Hope streets for indie fashions and antiques, or go downtown to The Arcade, the oldest indoor shopping mall in the U.S. In Rhode Island, most clothing is tax free.

Explore the city on foot on a historic walking tour or, for the foodies, a behind-the-scenes Savoring Rhode Island walking (and eating) tour. Follow up with a trip to one of Providence’s renowned bakeries, including Seven Stars, North Bakery, Ellie’s and Scialo Bros. Bakery.

Catch a Broadway act at Providence Performing Arts Center, originally a Loew’s Movie Palace built in the 1920s. At Tony Award-winning Trinity Repertory Company, one of the U.S.’s most established resident acting companies performs. Kids can enjoy a trip to Providence Children’s Museum or Roger Williams Park Zoo, 16 hectares full of African elephants, snow leopards and moon bears. For a romantic night out, take a Venetian gondola ride on one of downtown’s three rivers, where WaterFire, one of Providence’s newest attractions, also takes place. Running May through November, this multisensory art installation lights up the night with bonfires on the rivers, music and festivities.

Downtown Providence’s ice skating rink is twice the size of the one at New York City’s Rockefeller Center.

The Arcade, located in downtown Providence, was built in 1828 and is the oldest indoor shopping mall in the USA.

Providence was once known as the “Jewelry Capital of the United States.”

Rhode Island: A Mini Guide to Big Fun in the Smallest State

Savor Seafood on the Massachusetts Coast

4 Fresh Experiences for Foodies in Massachusetts

A Taste and Tour of Massachusetts Craft Beer

Immersion into Museums and Higher Learning in Massachusetts

4 Boston Gardens to Visit in Spring

Unique Places for Shopping and Dining in Boston, Massachusetts

7 Cool College Towns in the USA

From Boston to the Beach: Road Tripping to Cape Cod 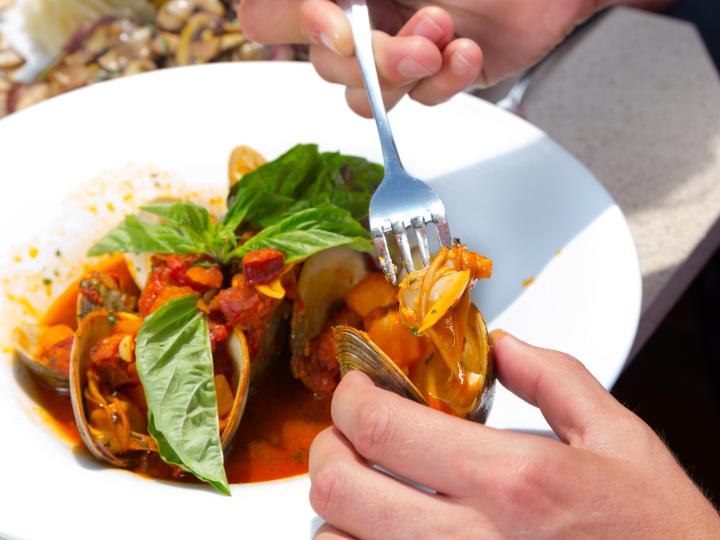