Bustling Beale Street in the evening

The Traveling Child
2 of 9

Elvis fans outside of Graceland

Kayaking on the Mississippi River with skyline views

Riverboat on the Mississippi River

Father and daughter outside the Stax Museum of American Soul Music

The Traveling Child
7 of 9

Music, barbecue and history in the Home of Blues, Soul and Rock 'n' Roll

From a blues club on Beale Street to some of the greatest barbecue in the world, a visit to Memphis will touch all the senses.

Memphis, located in the southwestern corner of Tennessee, sits atop a bluff just across the Mississippi River from Arkansas and a few kilometers away from the Mississippi state line. Like most places in the Mississippi Delta, it's brimming with authentic Southern charm and hospitality, but with a bold Memphis edge. Walk into any Memphis attraction (there are more than 60!) and you’ll be greeted as though you were family. Don't miss art installations, intimate listening rooms or hidden-gem hangouts around this city that continues marching to its own rhythm.

Memphis is where blues music grew up, where rock ‘n’ roll was born and where important strides were made in the struggle for civil rights, set to the beat of the city's sold music explosion. This living history hits visitors right away during a stroll through Graceland, Elvis Presley’s final home, or on a visit to the National Civil Rights Museum, located at the site where Martin Luther King Jr. lost his life. The one-of-a-kind attractions and landmarks that give character and identity to the Bluff City now mingle with mixed-use historical buildings, a riverfront on the rise and diverse neighborhoods where visitors can mix with locals and find nightlife (especially live music), as well as a host of new hotels.

Modern Memphis has plenty of attractions to offer, especially for animal lovers. The Peabody, a famous five-star hotel in Memphis, is home to a regal brigade of ducks who spend their days basking in the ritzy hotel lobby fountain. Crowds gather daily at 11 a.m. and 5 p.m. to watch the critters on their ceremonious march from their penthouse home to the fountain (and vice-versa in the early evenings). Silky O’Sullivan’s, centrally located on Beale Street, serves great barbecue, but the main attraction is the beer-loving goats. Sit outside and watch the goats climb the goat tower and guzzle beer. Explore the Bass Pro Shops at the Pyramid to see its unique cypress swamp, located inside and featuring an alligator habitat. Then, take the nation's largest free-standing elevator to the top for an unforgettable view of Memphis. From Bass Pro's glass observation deck, take in views of the mighty Mississippi River and Big River Crossing - canoe, kayak, or enjoy a riverboat tour to explore the former; the latter invites you to stroll across the river's longest pedestrian bridge.

And then there’s the neon-lit Beale Street, where greats like Louis Armstrong and B.B. King performed and helped create the music style known as Memphis Blues. In 1977, the U.S. Congress officially recognized Beale Street as “Home of the Blues.” For a quintessential dose of Beale Street, head to Rum Boogie or B.B. King’s Blues Club. Like most attractions that draw folks to Memphis, the Blues reflect the soulfulness and grit that's so deeply rooted in the city’s history. Music buffs will also want to visit the Memphis Rock n’ Soul Museum (curated by The Smithsonian Institution), Sun Studio, where Elvis, Jerry Lee Lewis, Carl Perkins and Johnny Cash got their start and Stax Museum of American Soul Music, which sits on the site of the original Stax recording studio where greats like Booker T and the MGs and Otis Redding recorded their music.

We inspire tourists to visit and work with the travel industry to promote this destination worldwide.
For general inquiries and travel information:
Send email
Phone:
(901) 543-5337
Web:
http://www.memphistravel.com/travel-professionals/home/

Elvis Presley’s Graceland is the second most visited historic home in America, after the White House.

According to “Billboard” magazine, the name of the city “Memphis” is in over 1,000 song lyrics and titles, more than any other name of a city in the world.

A Delicious Weekend in Memphis, Tennessee

The Soul and Magic of Memphis, Tennessee

The Record Labels of Soul and Their Legacies Today

Memphis: Why You Want to Get Outdoors Here

Memphis: Holiday in ‘The Birthplace of Rock 'n’ Roll’

A Tasty Guide to What’s Cooking in Memphis

Graceland: The Legacy of Elvis Lives on in Memphis

The Mississippi Delta: Birthplace of the Blues

A Weekend in Tupelo

Arkansas's Outdoor Paradise: A Guide to the Ozarks

Arkansas: Cycling and Sightseeing in a Stunningly Scenic State

Little Rock, Arkansas: A Warm Welcome to the South

Birthplace of Kermit the Frog 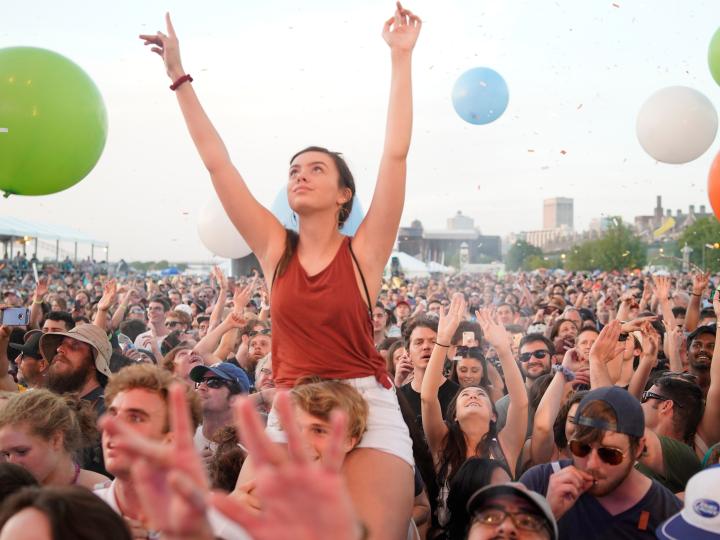